The mayor of Fort Wayne, the home of the original Scouts, apparently spoke to VW Scout CEO Scott Keogh when Keogh visited for Harvester Homecoming.

It'd be a great story if VW does built the Scout back where it started in Indiana. 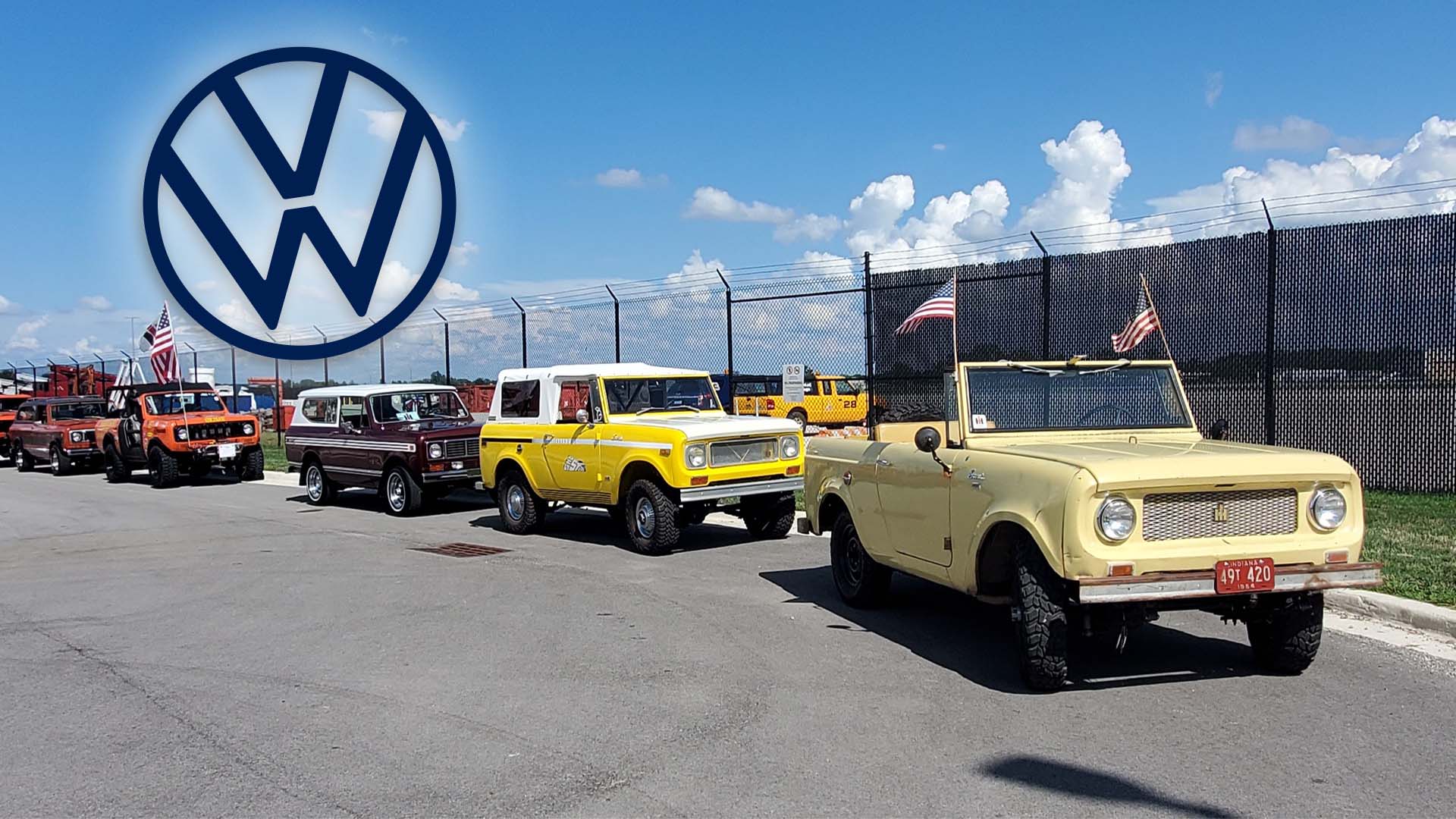 How Fort Wayne, Indiana Is Courting VW To Build New Scouts in the Home of the Original

Scout CEO Scott Keogh visited the area last weekend and even spoke with city officials at an IH truck festival.

DuVall told me that Keogh spoke with each of the owners, three of which were former IH employees. He seemed to express genuine interest in their stories, learning what makes people so passionate about Scouts. Keogh then took this knowledge into a sit-down meeting with city officials.

"He did spend some time talking to the city dignitaries, and I'm trying to help in any way I can," he continued. "If we could get the Scout plant built back in the area where it once was built, to me, it would be making American history. Not many people have tried to build a vehicle that hasn't been built for 42 years; by the time they build it [in 2026], it'll be about 46 years. But if they're able to return to the roots of where it was built in such an IH community with so much love for the brand, it'd make world history."

After hearing this, I reached out to Fort Wayne Mayor Tom Henry's office for comment and confirmation.

"Mayor Henry and other local leaders had a positive meet and greet with Mr. Keogh," a spokesperson for the mayor replied. "We were honored to have him visit Fort Wayne to learn about our history as part of the Harvester Homecoming event and where we hope to go as a community to be a continued leader in economic development opportunities and quality of life amenities in the Midwest and entire country."

I also contacted the Scout brand for comment but did not hear back after repeated attempts.

While VW hasn't mentioned much about where these new electric off-roaders could be built, it did specify that they'll be designed, engineered, and manufactured in the United States. As DuVall points out, that means pretty much every American city is in play. There are plenty of reasons to pick Fort Wayne, though, as explained.

"I have confidence in the city dignitaries and the county folks to make a strong pitch," DuVall continued. "Fort Wayne is a perfect-sized town for something like that. We're not too metropolitan but we're the second biggest city in the state and we're big enough that we have all the amenities that are needed for an employment base to move here—the housing, the schools, the colleges, everything."

DuVall is currently working on building an IH museum in Fort Wayne. He could very well have picked Chicago, where IH was headquartered, but Indiana is where the brand's history is most celebrated. This is evidenced by the number of people that flock to Harvester Homecoming, which is hosted at a former IH engineering facility.

"I'm confident that after his visit, seeing all the activity we had at our festival, seeing our museum, and seeing the old buildings is only a plus for any pitch we're trying to make," DuVall concluded.

There's a lot at stake, if so, and while it's way too early to place any bets, there looks to be real support from the city of Fort Wayne and surrounding areas. Now we wait to see what route Scout takes in the next four years leading up to the start of production.
1 - 1 of 1 Posts
About this Discussion
0 Replies
1 Participant
Last post:
Harvester 5 mo ago
Scout Motors Forum
Join the Scout Motors Forum today. This Community and Owner's Club is based around the new all-electric Scout SUV and pickup truck.
Full Forum Listing
Explore Our Forums
Volkswagen Scout EV General Discussion Forum New Member Introductions The EV Lounge Volkswagen Scout EV Pictures Volkswagen Scout EV Versus The Competition