VW Scout CEO Scott Keogh made an appearance at Harvester Homecoming in Indiana this past weekend in Fort Wayne. 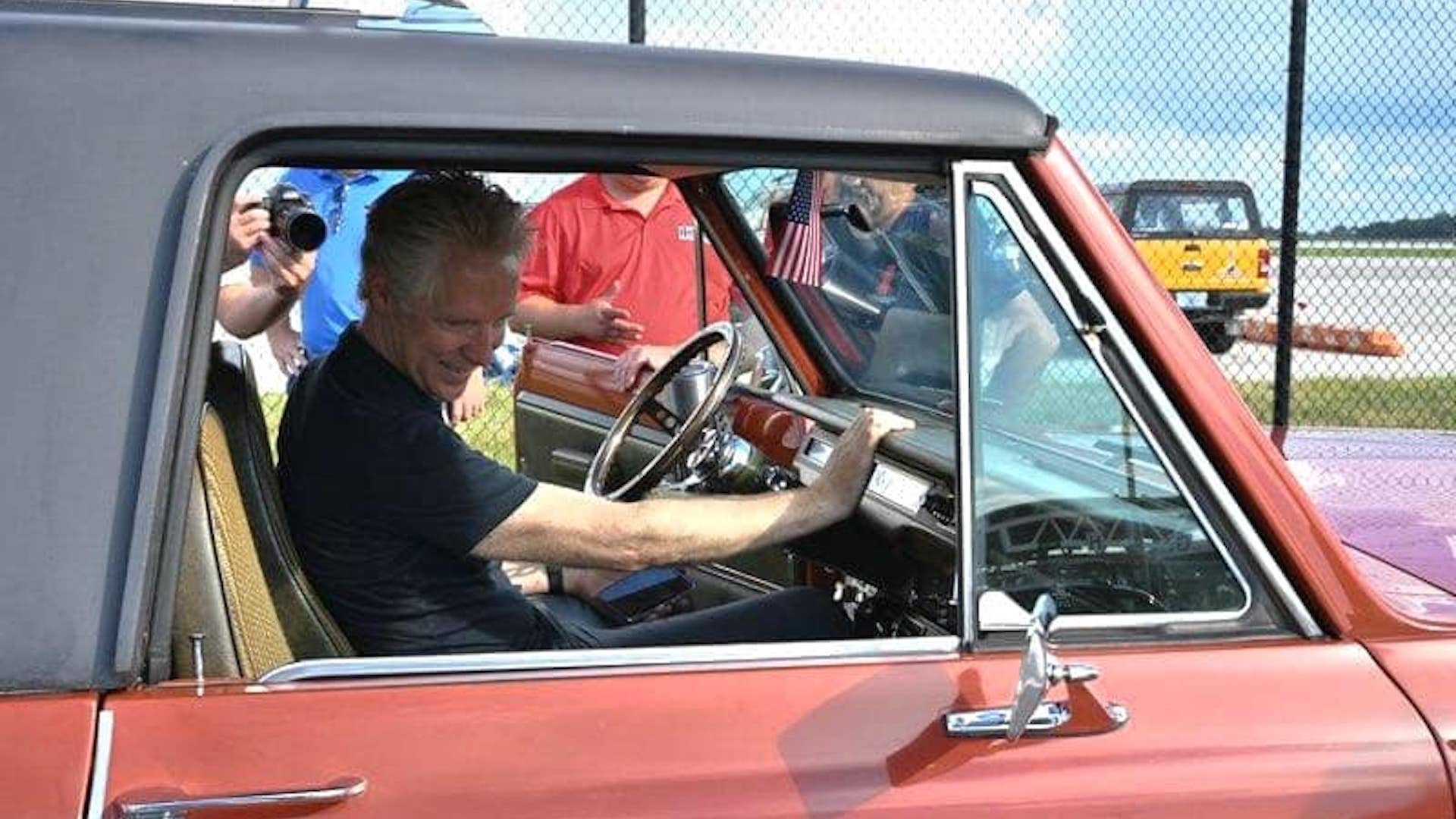 The man that’s helping revive the Scout name is really into old International Harvesters, as it turns out.

Scott Keogh, the incoming CEO of Volkswagen's new Scout brand, really loves old Internationals. In fact, he loves them so much that he attended Harvester Homecoming in Indiana this past weekend. It's an enthusiast event held at one of the company's old engineering facilities in Fort Wayne, and Keogh turned up to show his dedication to the Harvester hardcore.

VW acquired the rights to the Scout name in 2021 when its Traton truck unit was merged with Navistar, International's parent company. For the uninitiated, the IH Scout was a two-door off-roader made from 1961 to 1980, fighting against rigs like the Jeep CJ. VW confirmed plans to bring Scout back as its own off-road EV brand in 2026 with a pickup truck and a "rugged" SUV.

Keogh currently serves as VW of North America's CEO but will start his new gig heading up Scout starting Sept. 1. His previous post will be taken over by Pablo Di Si, the current executive chairman of VW's South American region.

As Harvester Homecoming's Director Ryan DuVall told The Drive, Keogh was stoked to see one line after another of classic Scouts, Travelalls, and so on. It seems like he's taken a genuine interest in the model's history. But over the weekend, he fit right in as one of roughly 17,000 show attendees admiring the classic metal.

"We were honored and tickled to death that Mr. Keogh would come here and be a part of what we're doing," DuVall said. "After the day was over, we were even more excited, impressed, and honored to see how much he cares about what that brand means to people and what the venture he's taking is going to mean historically for the people that love the brand from the old days. It was a wonderful, wonderful addition to our show and I'd love to have him back any time he wants."
The local VW dealer, Vorderman Volkswagen, even had its own booth at the truck show, complete with a few vintage Internationals and a Golf R. That's how you get a new demographic interested in hot hatchbacks.

Despite the Volkswagen ownership and backing, it doesn't sound like the new electric Scouts will be lifted, rebodied ID.4s. Built on a "new technical platform" and styled, engineered, and assembled all in the U.S., VW says the independent brand will be a "true American" thing. The first prototypes will be revealed in 2023 and production will begin in 2026.

· Registered
Joined 9 mo ago
·
42 Posts
I hope VW keeps this up, especially right after the new Scout SUV and pickup debuts. Being able to see both at meets like this would be great. Some automakers have done similar things at Cars & Coffee events.
1 - 2 of 2 Posts
About this Discussion
1 Reply
2 Participants
Last post:
VeeDub 6 mo ago
Scout Motors Forum
Join the Scout Motors Forum today. This Community and Owner's Club is based around the new all-electric Scout SUV and pickup truck.
Full Forum Listing
Explore Our Forums
Volkswagen Scout EV General Discussion Forum New Member Introductions The EV Lounge Volkswagen Scout EV Pictures Volkswagen Scout EV Versus The Competition